When I first fill the tank, it will show the correct amount of fuel. Perhaps 20min into a drive (from cold), I get what looks like the brake warning light on the dash, amber ! in a circle with brackets. Then the fuel level randomly starts dropping, right down to zero. Sometimes it drops fast, sometimes slow. It may jump from say 112km of fuel remaining, to 20km instantly. If I switch the car off and on again, the level usually goes up a bit. When the car is warm after a drive, it seems to happen quite quickly.

My mechanics did the Landrover Technical Bulletin, dropping the tank, cleaning up the wires, and testing the fuel sender units (which appeared to be working). But if it’s an intermittent problem, perhaps a fault wouldn’t show necessarily.

Other weird things which have occurred around the same timing:

Bluetooth not connecting for mobile phone anymore. If I take the fuses out and reset, it will connect, but once the car has been turned off, next time it won’t connect.

Red Electric handbrake warning flashing on dash, and then won’t illuminate when I put the handbrake on. This has only happened a few times.

I can’t operate the windows as I usually can once car shut off, before I’ve opened the door. Only happened a few times.

I feel like I’ve got some electrical gremlin in the car. I do feel it’s all possibly related. 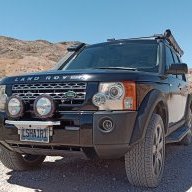 Maybe time to check condition of your battery. Any fluctuations in voltage causes havoc in these rigs. Happened twice to me in 2 different models. On my L322, electrical gremlins started happening until I discovered a hairline crack on the battery terminal. On my L319, gremlins started appearing when battery would show only 12.4 volts. It would start the car fine, but every now and then, gauges and warning lights would start dancing. 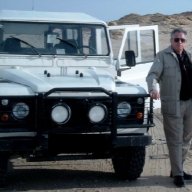 Is your temperature gauge also acting up? About all I can suggest is to unplug and plug back in the single electrical connector that feeds signal to the instrument cluster.

A picture of the rear of the instrument cluster is in the first attached pdf and links to how to remove the cluster in ther other two attachments. It seems that LR did not make the cable that the plug is attached to quite long enough and that it is under a constant strain trying to unplug it. What you may be experiencing is an intermittent connecting and disconnecting of some of the pins on the multiconnector plug.

The hard part is to gain access to the top rear right? corner of the instrument cluster just to unplug and replug the connector back in. It can somehow be done without total removal of the cluster however. There are links in the last two attachments as to removal.

Apparently there is more to the instrument cluster than just the dials and gauges. The backup chip to the engine computer is located on the printed circuit board and at every startup, the engine computer checks with or updates the backup chip. If it does not see the chip, then the 3 is unhappy. This is also why one cannot just go to a junkyard and buy an instrument cluster as the VIN number of your 3 is written onto the backup chip and if the VIN numbers do not match, then more trouble.

B
Fuel gauge AND suspension fault?
2