It already does that, no issues with seeing that message. Just wondering if anything will go nuts if the ECO battery, even a dead one, is totally removed.

Also, anyone know how to turn off the idiot light other than pulling the bulb? 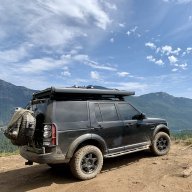 Michael Gain had a great thread on rewiring the start/stop battery control unit to permanently remove the battery: https://www.landroverworld.org/threads/2014-2016-traxide-dual-battery-kit-lessons-learned.42404/

Thanks, That's a great write up.

For my purposes, and especially as this is my daughters truck and will be half way across the US, I think I will just replace the ECO battery and she can push the idiot button to turn it off. At least for now. Especially as she will be wanting those things like heated windshield etc. that appear to be turned off when the ECO battery is dead.

I did catch the comment that the AGM batteries have a different failure mode than our old lead acid batteries. Good to know as I just put one in my wife's LR4 and will be doing the same in my daughters soon.
Last edited: Apr 16, 2021 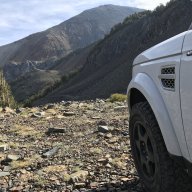 txfromwi said:
It already does that, no issues with seeing that message. Just wondering if anything will go nuts if the ECO battery, even a dead one, is totally removed.

Also, anyone know how to turn off the idiot light other than pulling the bulb?

I ran mine with a dead battery for the past year. Amber light on. No problems. I've also run mine with the negative lead disconnected, again, only the Amber light on, no problems. I'm now running with a fresh battery and NO amber light on and no ECO function, which is the best of both worlds for me. I think it has to do with the fact that I never reset the battery parameters / BMS. That or the ECO Power Distribution Module has gone bad on me again. Car is working just fine for over 9 months now. There has been no reports of turning Amber lights off on this forum, from a programming standpoint that I know of.

You said that you never reset your battery/BMS.
Not to get off topic in this tread, but there seems to be a difference of opinion about that.
Some say you can toast your alternator if you don't.
I replaced the battery in the 2013 LR4 5 years ago and I never reset the battery and everything is fine - just replaced it again, literally, 3 days ago.
But we now also have a 2016 LR4, and I wonder if it will be more finicky when I replace the battery next week.

I have not heard anything about the alternator issue. I replaced my main battery year or so ago and never reset. No issues to date. I even have the IID, but cant stand the ECO, with a passion.

My experience is similar to Waterndirt’s. When I bought my 2016 about two years ago (at a non-LR dealer), the “eco unavailable” light was on during the test drive. They bought a new start/stop battery at the LR dealer and replaced it. The eco light went off, but the eco start/stop still didn’t work and has never worked since (still no warning light). I expect the non-LR dealer didn’t know to reset the BMS.

Main battery and alternator have working fine for two years. The main battery is a T8 interstate AGM, about 3 years old I think. In the GAP tool, the battery shows as a T7, so I’m guessing the BMS was never reset in the car. I don’t want to mess with it for fear the Eco starts working again.

Well, the 2016 LR4 needs both batteries. I will replace both and hopefully the ECO will stay off and the idiot light will turn off as well! 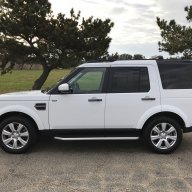 Can the ECO S/S battery be changed out by simply removing and replacing with a new one? My thought is that the main battery will provide the required power to the systems while the aux battery is being replaced. Does the aux battery have a CCF/BMS reset requirement like the primary battery does? I guess I'm asking "how is it done?". Thanks.

On my 2016, after I had allowed the old S/S battery to go dead for probably 6 months or so:

For the physical bit, it's a simple swap.
Just watch the connections/terminals on the new battery as not all batteries have the correct terminals.
There is a "heat shield" that is attached to the factory original battery that is glued on, but it's easy enough to carefully take it off with a putty knife or similar (2 minute job).

For the software bit:
I replaced both the S/S and the main battery at the same time, and I did do reset for the main battery as part of that process.
So I cannot state with certainty re: resets for only the S/S battery.

But I can tell you that after I completed both batteries and the reset, the S/S (unfortunately) works again..., but at least that idiot light is off !

I did mine about a year ago and it was stupid expensive at Rover, so I found a battery in the UK.
Even with the expensive shipping it was $100 less that getting it locally.

The battery is an Exide EK151
I recommend:
Groves Batteries
Cheltenham, UK

I see they have them in stock (as I write this) for 56GBP, plus shipping.
My shipping was about $100