If anyone is wondering, yes, you can definitely replace your fog lights with Baja Designs Squadron-R Sports. They are the perfect size.

I made some custom brackets from 1" aluminum L bar. And just use an h11 male pigtails to connect up to the BD connectors. 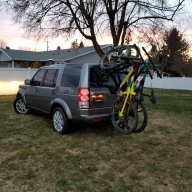 That's awesome! I was just looking at their lights the other day. Which beam pattern did you use?

DirtyHal said:
Which beam pattern did you use?
Click to expand...

Driving/combo amber. I'm still waiting on the H11 pigtails to come in tomorrow to finish wiring it up. I fused tested it and looks good so far. 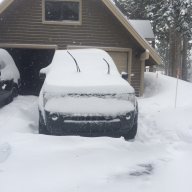 How did you hook it up the the original fog lamps. Is there a conversion wiring loom or did you have to wire it your self.

Jimmy Brooks said:
How did you hook it up the the original fog lamps. Is there a conversion wiring loom or did you have to wire it your self.
Click to expand...

So, I'm waiting for the H11 male pigtails to come in tomorrow. Then I will properly wire them up with the BD provided weatherproof connectors. I'll snap some pics of it when I'm done.
K

I run squadrons stacked on my dirt bike and they are good but I don't think they would stand up to the winter rocks and gravel up here. . Do you get lots of fog in So Cal? and what is that strip of light below the fog lights?

ktm525 said:
I don't think they would stand up to the winter rocks and gravel up here.
Click to expand...

I'm looking to get a rock screen for them. Maybe something like this, https://www.amazon.com/dp/B00F3FJWQK/ref=cm_sw_r_cp_apa_i_IC5yFbCZ6DKTC.

Fog in San Diego? Maybe a couple of days throughout the year.


ktm525 said:
and what is that strip of light below the fog lights?
Click to expand...

They were just some cheapo Amazon ditch lights that I wanted to cut out and fit into the bottom faux mesh of the bumper. Decided to just leave them. Debated if I wanted to get the BD S2 to fit in there, but they're too big.

Update: Got them H11 male pigtails crimped with the BD connectors on. I wasn't able to correct the wiring color on the pigtails, but they are wired up correctly.

Here's the wiring with the connectors, notice the H11 black wire is connected to the white wiring for the BD lights.

The factory blue wire connects to the black H11 wire and back to the BD white wire, or factory blue to BD white. Factory black to BD black.

Same with driver's side.

Welp, they light up with factory fog light button! 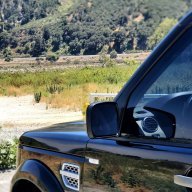 Depends on the season/temp, of course, but SoCal fog areas tend to be...

(1) ...in passages between areas with different temps/altitudes (Ex: Cajon Pass in fall/winter often has heavy fog between the cold, high elevation High Desert and temperate, lower elevation Inland Empire). When these passages get fog, it's usually pretty dense.

(2) ...in foothill areas where the cool, marine layer builds up overnight, usually dissipating in the morning by around 9am (Ex: Chino Hills/Diamond Bar/Brea/Anaheim Hills area, Pasadena/Burbank/Griffith Park area, Whittier/La Habra Heights area, Devore/Rancho Cucamonga/Upland area, etc). These areas get mild to moderate fog the most consistently; pretty much daily in the Fall.

(3) ...occasionally in the slightly inland coastal areas in the late evening during the Fall (Irvine, Costa Mesa, Laguna Niguel/Hills, Vista/Bonsall, etc). This doesn't happen a ton in these areas, so locals aren't as familiar with fog driving etiquette, leading to the occasional fender bender.

So, while fog is not super common in SoCal on the whole, if one lives in any of the above areas, fog lamps can be a helpful upgrade for your daily drive.
You must log in or register to reply here.