Be honest! What's the deepest snow you've driven in with your LR4 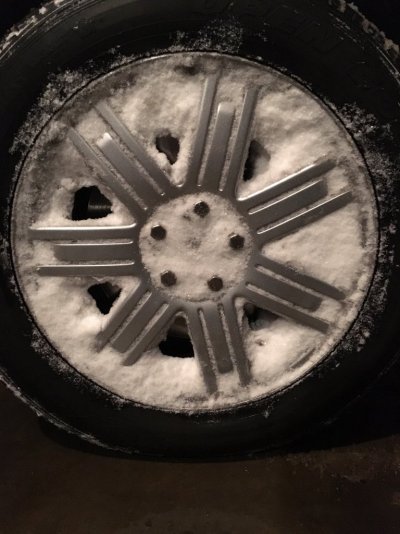 This question is not that simple to answer. I drive up to the Sierra Nevada Mountains to ski and usually try to time it to hit big powder days, so I've been in the real deep stuff a lot of times (if you're not familiar, the Sierras can get absolutely buried -- they got about 200" last month, for example). When I first got my LR4 in 2011, I was pretty disappointed with the snow traction and I had to use my cable chains in the deep snow. Then I switched from the factory Continental tires to Bridgestone Duelers -- it was night and day. [Because I live in LA, I don't want to use snow tires in the winter. I'd have to have an extra set of wheels and then switch all 4 wheels every time I go skiing.] Since I switched to the Duelers about 8 or 9 years ago, I have only had to use my snow chains once or twice -- and never for deep fresh snow. I've driven through unplowed roads and parking lots with a good 2' of fresh snow without any problem. That said, not all snow is the same, and things change dramatically with ruts, ice, etc. Unless you have studs or chains, you're still going to slide on hard ice.

Bottom line -- tires are more important than anything else. And ice is worse than deep snow. When I lived in Ketchum, Idaho many moons ago, I had a total POS 1979 Olds Cutlass. But I put studded tires on it for the winter and drove on the un-plowed roads no problem. When I lived in Buffalo, I had an old Saab 900 with really good snow tires (and 80% of the weight over the front drive wheels). That thing was better in the snow and ice than a lot of the 4x4 SUVs.

By the way, I heartily recommend the Bridgestone Duelers. Not only are they much better than the Contis in the snow, they also handle better on dry roads, and are cheaper, quieter and last longer.

EDIT: just realized I didn't really answer OP's question. I dunno - probably over 2', but I'm not sure. Definitely higher than the bottom of the doorsill in offroad height.
Last edited: Jan 17, 2022
P 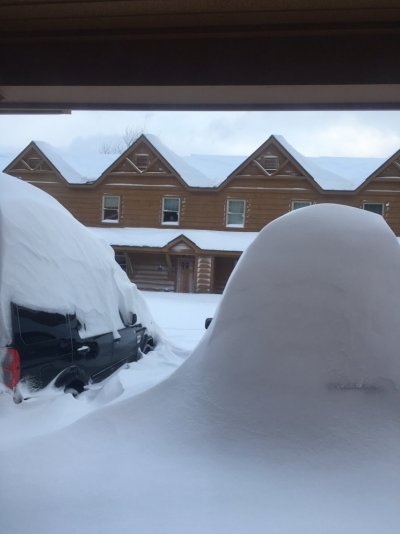 This. Snowed over 3 feet overnight at Sugarloaf, Maine. No problem driving though it with Nokian winter tires. Walking to the ski lift through the deep snow was an adventure.
Last edited: Jan 18, 2022
M

From the Twin Cities in MN: 18-24" snows are handled without a problem. Funny story.
My wife came home in her LR4 and drove through the plow line on the driveway with no issues. When I got home, I saw her track and figured I could get through it to the garage, following her trail: nope. It didn't work, I got stuck. Came out with snow blower to clear out the 3' X 6' wide snow pile and got my car tucked nicely inside for the next several days as the roads got cleared. She was kind to let me take her truck when needed
K


This. Snowed over 3 feet overnight at Sugarloaf, Maine. No problem driving though it with Nokian winter tires. Walking to the ski lift through the deep snow was an adventure.
Click to expand...