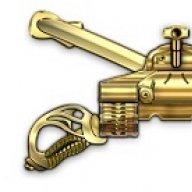 So, I just bought a 1981 Series III. Its been a dream vehicle of mine all my life. And while I test drove it around the block upon inspection, my issue is I barely physically fit in the driver's seat. While I didn't closely inspect the seat adjustment, the seller said the said was in the farthest reward location. Now, I'll readily admit I'm a large guy, but as a result of the space between the seat and very large steering wheel, I literally was jammed against the bottom of the wheel and had difficulty turning the vehicle as a result. If I cannot fix this problem in some way (smaller steering wheel, or adjustable seat), I will likely and unfortunately have no choice to resell the vehicle. Has anyone experienced this problem and if so came up with a solution?

Thanks in advance for your replies. 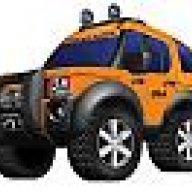 Give Nathan a call in my Signature, he buys/sells/and restores all makes/models of Rovers and I am sure this has come up. He should have a solution for you.

I have a "rather large friend" (too round also tall) with seating issues in several of his vehicles.
Not with any LR products but older BMW's and GM SUV's i've used 3/8" tick x 2 1/4" wide cold rolled steel strips, drilled holes matching the floorboard to secure strips.
Once seating position been established within center of travel adjustment marked the seat frame mounting hole locations.
Drilled and taped grade 8 studs along with Tig welded at the bottom of the metal strips which are countersink beveled at each stud allowing flush yet welded secure.
Added a nut and bolt centered between the two factory mounting locations at each rail.
Bolted in the set is now elevated 3/8" higher, no big deal now with added leg and belly clearances along with a comfortable driving positions. Heck he can drive his 87 325is BMW in comfort vs not able to get into the seat unless the steering wheel was first removed, driver's back seat leg clearance reduced, solo driver not an issue.

I had issues seeing overhead traffic signals blocked due to the roof line dropping down at the windshield on my 95 Disco. Simple tube seat mounting frame between seat and body, cut out a small section lowering frame to my liking and comfort, Bevel butted tubes Tig welded back together.

No not some stupid lowering looking like a "cool lowrider" forced to see through the steering wheel and just over the top of the dash.
No more tilting head sideways to see overhead traffic lights, at 5' 11" i'm not a tall person.

What about replacing the OEM steering wheel with a smaller diameter wheel? If so, any recommended models and sources for purchase?
B

Not a clue about smaller wheels. Had to ask, manual or power steering something to consider going smaller diameter?
No not a small welded chrome chain wheel like the Low Riders LOL.

Up down thigh clerance or front to back belly clearance?
Long legs another one to consider hence the added tracks relocating seat farther back.
Sorry not much help. Have a safe Memorial Weekend.......~~=o&o>.......

Both distance between my torso and the steering wheel along with being extremely close to the clutch and brake pedals. My face is literally ~12" from the steering wheel! After speaking with Nathan at USA Rovers, I think the problem will only be solved by removing the bulkhead behind the front seat, or if possible relocating it a foot or so into the cargo area. I have to believe others have had this problem too, as I'm not a giant (5'11"/290 lbs).
B

Ya got me beat by 102 lbs., same height I must add.
This reminds me of Jerry Rice, I saw him a couple times as we both had the same chiropractor years ago. Jerry was driving a 944 Porsche, it looke odd Jerry seated as if in the back seat of the two set Porsche. Jerry had rails relocating the seat rails farther back.

Last older Rover I recall was a 58 with a my guess 58 Hp diesel the go nowhere fast rattling your filling transportation vehicle. Years ago always a panic looking for a diesel station.

Unless your cargo flooring is flat and level same as the seat mountings or if it stepped up a little it would become a sheet metal project extending the floorboard a couple inches rearward to your comfort zone, weld it up and be done. This provided if there is a step along with enough room gaining the added space.

My case just a vertical issue with the darn roof line blocking my vision. Spare seats and seat frames able to go back to factory original again, only issue removing the CD player which I never use anyway. Rather listen to the sweet engine music of the Borla SS Cat back exhaust system. No worries this a 5 spd and a keepe 23 years and counting. function proper.

Well, I believe its time to throw in the towel on this issue. Every option short of removing the bulkhead behind the seats has come up with no resolution. Options tried and in combination no less:
- Defender seat risers. I don't know who would benefit from these other than very short height folk.
- 16" diameter stock Defender steering wheel.
- New, basic OEM seat cushions. They were thicker than the original premium version thus causing a problem.
- Removed all three OEM seats and bracketry and installed two different small seats used primarily for forklifts and other heavy equipment. Both were smaller than the OEM seats, and one of significantly smaller than the other...neither worked.
The result of this significant and costly effort produced the same results; placing the driver's line of sight too high and him to close to the steering wheel and pedals. The worst condition however is for a fat man like myself, the steering wheel is hitting me in the gut making driving difficult and uncomfortable.

So, before the Series 3 goes on the chopping block, one final question, has anyone removed the seat/cargo bulkhead for this issue and did it solve the problem. Oh, and another issue is my rig is a RHD, so the fuel filler and overflow lines are jammed between the driver's seat and the bulkhead, so that too would require relocation or rerouting.

I'm at my wits end on this project and am about read to sell this little '88 and go back to enjoying my LR4.
You must log in or register to reply here.

How do you sit?