I’m getting intermittent suspension faults, wondering if there are any problem areas and low hanging fruit I should address?

Compressor was done with new AMK About a year ago.

I am just about to replace the pump because of this error.
If there are any other causes would really appreciate the input before I purchase the parts!

Suspension height changes had been very slow (as compared to the 2013)
We were off-roading at Land Between the Lakes TN/KY.
Lots of hill descent mode - which I believe actively changes the suspension as part of its function.
(And works great!)
Afterwards, I noticed the pump running and the message as above appeared the next morning.

This was all last summer as we were taking my daughter to University.

I last saw her, and the truck, in Oct., and there were no sagging issues. She says the message is intermittent and has not reported any sagging.

We are retrieving them both from University late next week and I can look for codes then.

Preliminary diagnosis is the pump...
M

Mine has a new compressor within the last 2500 miles according to prior owners tech.

I’m somewhat concerned though, as it may not be OEM or LR part. He bought it from FCP Euro, I believe it’s an Arnott.

Once you have an IIDTool you can see which compressor is installed. It's also easy enough to take off the cover and take a look.
I am not sure about Arnott, but I do know that when changing from Hitachi to AMK and vice versa, a new relay is required and the system needs to be reprogrammed.
But I don't know if errors with those would cause the message as shown above.

Once you get your gap iid tool, recalibrate your suspension on the flatest ground you can find. That typically resovles a lot of issues.

Before anyone replaces the hitachi compressor, I highly recommend replacing the decascent silicates in the dryer first that causes 90% of the issue. For that matter, the hitachi is rebuildable vs the amk. 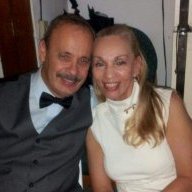 Greetings … I guess the best solution is to get a reading on a scanner.

Jose Latorre said:
Greetings … I guess the best solution is to get a reading on a scanner.

Not all scanners are created equal. THE only sub-$600 device that'll do almost everything including modifying CCF files is the Gap IID Tool. This tool was created specifically for land rovers. Once you get the fault codes, look up the problems, clear the fault codes and see what actually comes back.

Unclear what year vehicle is addressed in the original post.

Early years were Hitachi, later years are AMK.
I can tell you that my 2013 identifies as AMK - per the IIDTool.
And on another post in this group, someone stated that 2014 onwards are AMK.

Rover cannot tell me which one is in my 2016, even with the VIN, they can only tell me that the part numbers for new compressors are matched to the VIN and whatever is in the box will be correct.
But since Rover is literally $1K more than say, AB - (even for a factory OEM AMK at AB), kinda need to know what's in there before we purchase from AB, or our other favorite vendors...

If purchasing a new pump, the new pumps come with new dessicant canisters already installed.
Remember to inspect the air intake filter and either clean or replace as indicated.
You must log in or register to reply here.