LR3 has a rough start to engine - why? (video included)

My daughter has a 2005 LR3 HSE that died while driving on the highway. I tried troubleshooting several things: 1) has enough oil, 2) has enough gas, 3) air filter is clean, 4) cleaned gunk out of throttle body, 5) replaced all spark plugs & coil packs 7 months ago. The engine light had a few codes for the transmission (which it had for a while), but the new code it sent was "P0345 Code: Camshaft Position Sensor “A” Circuit (Bank 2)". After several attempts to start, it finally showed misfire on #2, #4, and #8 (which are all on bank 2). I moved the plug from #6 to #2 and the coil pack from #6 to #4 (hoping that since #6 didn't trigger a misfire, then perhaps it could tell me if the misfire was due to the plug or coilpack on #2 and #4). After doing this, the engine started but was VERY difficult to start and was VERY rough when it finally started. I cleared the engine light codes and the misfires didn't show up again even though it was obviously rough. I replaced the plugs in #2, #4, and #8, but no improvement.

Here's a video of what it sounds like for the rough start; it finally starts after ~50 seconds, but sounds very rough. ()

Any ideas what is causing all of this??? Anything else I can troubleshoot??? 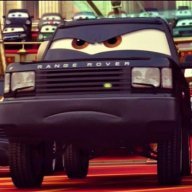 Thanks @georgekale - I'm a novice with engines and to Land Rovers, but I'll give that a try to check that out. A friend thought it may also be due to timing being off, so I may have to figure out how to check for that too.
M

At someone's recommendation I bought a camshaft position sensor (https://www.amazon.com/MOTISEN-0031539728-5080346AA-Compatible-FREIGHTLINER/dp/B08PK7DWMC) but I can't find where to replace it. Does anyone know where the sensor exists on this 2005 Land Rover LR3 (V8 4.4L engine)? I can't find it anywhere online.
M

As a follow-up, the original cam position sensor was apparently wrong even though several auto parts websites say it's right. So I got the right Cam Position Sensor this time and replaced it (I could never find where the other one went but assume it wasn't for this Land Rover after all). So after making sure the battery was fully charged and adding extra couple gallons of premium gas for good measure, it's having the same problems. It took a lot to get it started and when it did, it sounds just the same as in the video.

Any other suggestions?
You must log in or register to reply here.

T
2015 LR4 having a meltdown at random times. Related to High Speed CAN BUS. Need help!

Back in Action! Seized Engine Replaced
2 3