Okay... I was driving home while towing a 4500# trailer when I had a severe coolant leak at the top of Loveland Pass in Colorado. I had extensive overheating and low coolant warning. Pulled over as soon as safe and cooled down, added coolant, and continued driving down the pass. Coasting most of the way down the mountain pass until I had to hit the accelerator and immediately felt lower power and heard a mechanical sound.

One tow later and $893 and the coolant outlet tube is replaced along with a few additional hoses. The bad news is that the tech reported HEAD GASKET FAILURE!

I decide to tow home with the intention of fixing myself over the next few months.... BUT, the tow truck driver brings to my attention that there are two shop rags in my driver side tailpipe!? So I start her up, let her idle, and hook up my obd ii tool to monitor Engine coolant temperature. It never exceeds 90 Celsius...! Okay, feels safe to drive it around. Nothing changes.... Okay lets go on the highway and drive up a few Colorado hills @ 90mph. Nothing changes. Temp never fluctuates outside of 87-91!

Tech recommended Head Gasket Replacement at the tune of 10-12K. Nothing I have done replicates any signs of head gasket failure. I was told by the shop that the engine started overheating and coolant reservoir bubbling within a short time of idling after completing outlet tube repair and testing for further damage. This is what they based head gasket failure on...

Are these guys just crooks? What am I missing?

I will do a chemical test for exhaust gasses tomorrow for peace of mind, but ***?!!!!
K

Power is OK? Also does your oil look ok?
H

Rags in the exhaust? Were they doing the old-school test for a burnt valve?
Q

Power was excellent. Have not looked at oil, but am planning to do a change today. I asked about signs of coolant getting in oil and the shop said no...?
Q

hickersb said:
Rags in the exhaust? Were they doing the old-school test for a burnt valve?
Click to expand...

Head gasket can also introduce coolant into the oil. Is the cooling system being overly pressurized?

My worry is driving with contaminated oil will destroy the bottom end of the engine.
Last edited: Jun 24, 2022
Q

No signs of head gasket failure. The shop stated they observed bubbles they attributed to head gasket failure and that the engine started to overheat at idle. None of these symptoms have been reproducible. I drove the car around then all day in hot stop and go traffic. It's driving fine. Even did a coolant hydro carbon test that came up negative. 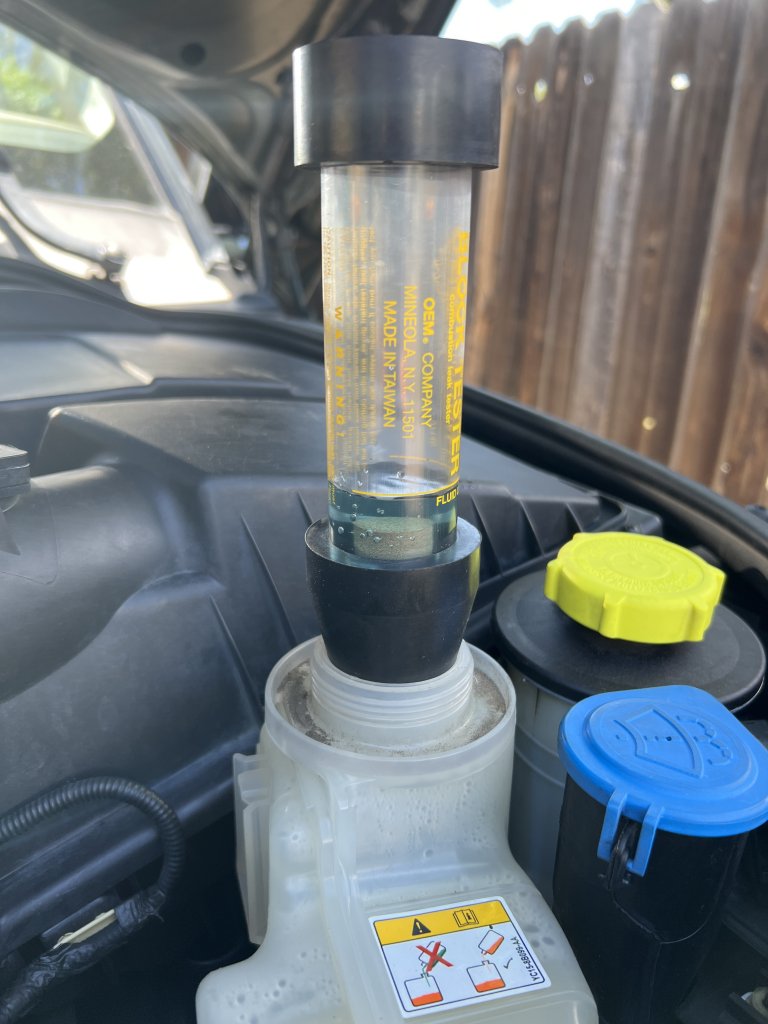 You are good to go. But why the rags in the exhaust??

Ask them the procedure they used to bleed the cooling system after repairing. It’s quite specific on this cooking system.

Yeah, the symptoms they saw after the coolant outlet tube install jive with air in the cooling system. The LR4's cooling system can be a bear to bleed without a vacuum bleeder. If they did it the old fashioned way, they may have missed a bleed port and left some air in the system.
You must log in or register to reply here.