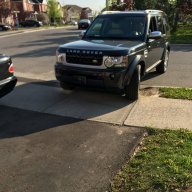 Hello guys, I'm a newbie and was wondering if anyone has used the febi bilstein tranny fluid. I plan to do mine this coming weekend but no part store around me seems to have the ZF lifeguard fluid but the febi is available. Is it safe to use the febi ? Has anyone had any issues with it? 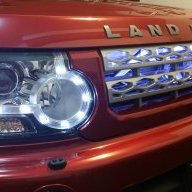 I'm running Febi, and I have 2k on the truck since the fluid change... Still shifting awesome! Buddy in an LR3 is running it too, same results..

My friend was running Febi as well and he had no further issues. He now got himself a brand new baby from , ehmm, I'm so envious of him you know
Last edited by a moderator: Jul 14, 2017 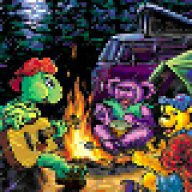 BronkoZ, honest question for you - it seems that every post you make references DSRLeasing. Are you affiliated with this company??
M

I've been using VALVOLINE MAXLIFE ATF DEXRON/MERCON fluid for at least 80-100K miles on both Mercedes without any problems what so ever. It's been in my LR4 for 13K miles and the tranny shifts extremely smoothly with no adverse effects what so ever. I'm also using it on my 2013 Mini Cooper Countryman.
The transmission needs a quality synthetic fluid which neither MB nor Land Rover manufactures themselves.
The same goes for all other fluids.
I buy said fluid at Walmart for under $20 for 4 quarts, which is cheap and convenient to find.
If it makes you feel better to spend a lot more money for some ATF with magical powers, then by all means please do so but the "cheaper" alternative has worked very well for me.
Just my $0.02... 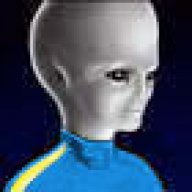 1. I Used 4 drive up ramps to raise truck. Worked great. I'lll use that method for all work from now on.

2. Mini T40 ratcheting bit holder. The handle had an 9mm allen in it so I could add an extension. Worked better than expected. Bolts came off fast and easy.

3. Removing and installing the oil pan skid plate bracket consumed 3 hours of time alone.
Get an 8mmm ratcheting wrench. I gave up on installing the bolt with the two brackets.
Any tricks? Smaller bolt?

6. Used high tack spray on the gasket. Gasket still slid around, was easy to line up. Take your time.

7. Used a thermometer gun. Why haven't I had one of these before? All the campfire pancake making I have been missing out on.
Did the second [email protected] 52c. It is like a real life "operation" game with the top prize a filled trans and consequences of failure a new tattoo burned in your arm. I used an oven glove and situational awareness. Used a off the rack screw on the top oil pump.

8. DO NOT UNDER ANY CIRCUMSTANCES, OPEN THE FILL PLUG WHEN THE ENGINE IS OFF.
Nothing more to add to that.

9. Did not "chase" the bolt holes per the instructions. This stressed me out. I called AB and they said they were not aware of the need to chase and that no one had ever asked the question. The one page instructions clearly states that.

I dipped a new supplied bolt in oil, then I slowly hand tightened it in a bolt hole. Dry, no pan, just the clean matting surface of the trans.
Some junk came out, then I hit it with the brake fluid cleaner. After all of them I declared all the holes cleaned and chased.

The new bolts are easier get on, good body placement is key.
Pan slides on at 90 degrees, then torqued up to 10 nm. I heard 8 nm but I was lucky to get it all that far. Plus, the new pan is metal. ???

10. Saw old pan off. Take you time. I was worried I was going to bugger up something important. Lower the blast shield, trust your senses.

11. Did no touch the sleeve. Not leaking. The kit included one FYI

I called it good.

Did I mention that trans skid plate bracket was the worst part of the entire experience?
Almost made me think $800 to have it done might be well worth the mental trauma.
Last edited: Jul 13, 2017 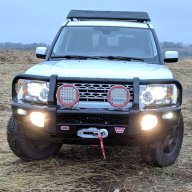 Scorpion said:
DO NOT UNDER ANY CIRCUMSTANCES, OPEN THE FILL PLUG WHEN THE ENGINE IS OFF
Click to expand...

OFF? or ON? (under pressure) 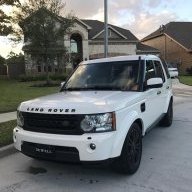 OFF
When the car is OFF, all the oil settles at the bottom of the transmission and the level is higher than the fill plug. So it'll just spill out.
I accidentally did that when I tried to do my second fill.

I did my tranny fluid change today, I did a simple drain and refill. 4.25 quarts out 4.25 back in. The most difficult part was trying to put back the fill plug while docking the hot catalytic converter at the same time. By the time i was done i was soaked in tranny fluid, even my lips felt like i just put on some lip gloss. Did a test drive afterwards and the tranny felt like butter. 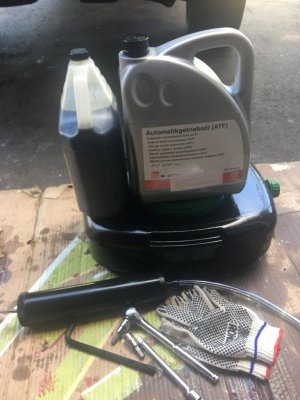 How many miles do you have on the truck? That fluid looks much darker than mine, but I changed mine at about 62k..

Yeah, takes about a full bottle of shampoo to get that stuff out of your hair!