Been tracking a nagging CEL and intermittent rough running. Cleaned the MAF sensors, seemed fine. Truck was very hard to start a few weeks ago, got a MAF code. Cleared up after running for a minute or two, cleaned MAFs again, seemed fine.

Since I bought the truck it has had this weird issue where sometimes I refuel in cold ambient temps, it wants to stall and shift weird for only the first 2 or 3 shifts after refueling. Then it clears out and the truck runs normal (or once in a while it will stall). Restart, all is well. I called it a quirk. It doesn't matter if the truck is running or off when fueling, and it hasn't happened all summer.

Well, its about 50F this morning and I refuel from almost empty and the truck runs rough has a weird 2-3 shift and then stalls almost a minute later as I'm coasting downhill. Restart, get the reduced performance warning. I plug my GAP tool in:

random misfire on startup, misfire in cylinders 1,3,8 (and the two EVAP codes which I'm not touching should be unrelated and I'm not worrying about until my fuel pump cover recall is done.. lol).

Anyway, there is a real discrepancy between the two MAF sensors. Not sure why the GAP tool's RPM reader isn't working but those readings are incorrect.

I have a new MAF sitting at home, which one is the culprit here?

apparently the voltage discrepancy is a bug in the ECU, GAP says to ignore it.

Idle and accelerating after resetting the codes on my way home. Seems normal?

When you look at fuel trims, you need to read short term and long term together. I would not be so quick to rule out the evap codes. I’m wondering if it could be a faulty purge valve.

jlglr4 said:
When you look at fuel trims, you need to read short term and long term together. I would not be so quick to rule out the evap codes. I’m wondering if it could be a faulty purge valve.
Click to expand...

Even reviewing LTFTs that you provided show you're running rich. The ECU is trying to reduce the amount of fuel. Either the engine is getting less O2 than metered by the MAF, your intake air sensor and MAP is telling the ECU that the air is denser than it is, or your injectors are leaking / spraying more fuel than the ECU called for.

Since you have EVAP codes, I would chase where air is coming out... NOT a vacuum leak--as that would pull more air in and create a lean A/F measurement--you would see positive LTFTs and STFTs.

Interesting ok. The purge valve is barely a year old, LR part. Doesn’t mean it isn’t bad though. Interesting that you guys are saying air coming out. I’m away for the weekend but I can start chasing this stuff down Monday after work. I’ll start with that purge valve and the line.

Ok had some time today. I’ve been getting the “check fuel cap” warning as well, I changed that a while back and that didn’t fix it.

I drove 50 miles with the CEL on, did some light wheeling and camping, drive 50 miles back. No issues. Got home, played around under the hood and heard an air leak around the PCV valve area but couldn’t find where it was coming from. Disconnect basically every vacuum hose under the hood I could find/reach while it was running and re-connected. CEL went out on its own. I could still hear the noise.

Not sure if these are the parameters I need to post, this sort of troubleshooting is new to me. First is idle, second is 2500rpm in park in the driveway, third is 2000rpm highway cruising at 70mph. Drove 40 miles one way, made a stop, 40 miles back. CEL has not returned.

If you are hearing an air leak at the pcv valves, it could be a torn diaphragm.

Wouldn't hurt to replace both. They are known to tear and leak. 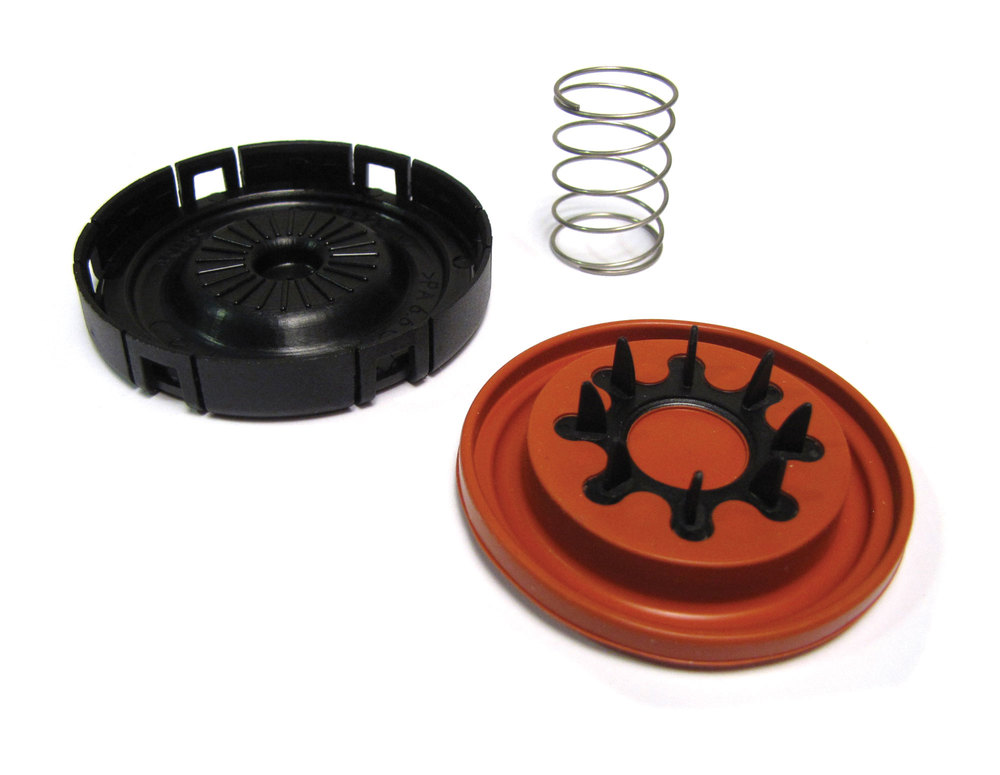 Michael Gain said:
If you are hearing an air leak at the pcv valves, it could be a torn diaphragm.

Wouldn't hurt to replace both. They are known to tear and leak.

No CEL still, but on my way to work the motor just turned off sitting at a light. Got the special programs off message on the screen, dont even think the radio stopped playing. Tried to start in neutral, got some sort of gearbox must be in park message, did that and it started right up like nothing happened.

The fuel trims are not terrible - just a tad rich at idle and cruising (but really pretty good), but it goes too rich at high idle 2500 rpm. Not enough to set off a light, but I’d say its outside of normal range at that one point.

Rich means not enough air (dirty filters), too much fuel (leaking injectors, rich EVAP canister), or a bad sensor someplace. Not sure about the stall with the special programs light.

Air noise near the PCV sure sounds like a torn diaphragm. I’d replace those and check fuel trims again. But a torn diaphragm will make trims go way positive, not negative.
You must log in or register to reply here.