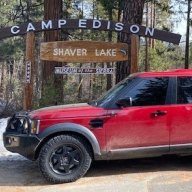 Obviously not mine but came across this in my area. Pretty killer deal it would seem for a Lux with HD at the mileage. 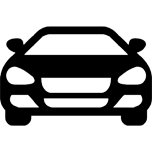 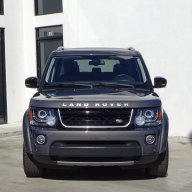 Agree, that is a great price there must be an error
B

jjvd21 said:
Agree, that is a great price there must be an error
Click to expand...

It depends as just after Thanksgiving back in 2019 a 2015 LR4 was traded in at a Ford dealership for a brand new Ford Super Duty truck with turbo 6.7 engine loaded to the max. Dealership wanted several their trucks gone before December 31st.
Ford cut their price down to breaking even vs taking a loss starting January 1st. LR4 owners ended up with a $7,800 trade in which wasn't much lower than the dealerships listed "Used As Is No Warranty" price after they performed all the legal safety inspections. The Ford dealership wanted that LR4 gone ASAP "before any fault codes appeared while parked on their lot" I was told by one of their mechanics who is also a cousin of mine. The Super Duty pickup was used for a horse breeding business pulling trailers along with their personal "little 26' "toy boat". The wife also "VP"of the company selected the LR4 as her business vehicle which their three adult sons agreed and joked "their pet mules being less trouble and more reliable than the LR4".

Friend of mine picked up a "as is not running" driveway parked for months LR4 for a couple grand requiring both heads replaced along with Cats and O2 sensors, timing chains, guides and gaskets just to get it running again legally passing Calif. smog. Took way too many hours labor and cussing before it was all said and done after Pick-n-Pull's set of good heads off a wrecked LR4 plus DMV ending up just under a $10,000 investment. My labor of several days, better said weeks freebie on my part......~~=o&o>.......
I

If I hadnt just bought a 12 LR4 I would be all over this.... HD packages are hard to find.. with these miles...this is a very very good deal
B

Ignore Amos said:
If I hadnt just bought a 12 LR4 I would be all over this.... HD packages are hard to find.. with these miles...this is a very very good deal
Click to expand...

Towards the end of the year if one can wait there are better as well greater vehicle selections that come up people selling or trading in for newer.
With the Chyna Virus and how America has been functioning as a wounded animal did you notice people are keeping older vehicles longer before trading in? Older vehicles of the 10 years plus age the ones as basic college student or as a second cheap transportation set of wheels especially if being a known trouble free brand now in a higher demand pricing included and it moves on its own, their value has gone up. Another good thing for a used vehicle buyer is that someone else has taken the big depreciation hit vs the used vehicle purchase yourself.
It almost never fails after your long several vehicle hunt finding the one vehicle you really wanted then proudly purchased that soon afterwards several more come along in better condition along with a lower price?.....~~=o&o>.......
D

Pardon my ignorance but how do you know it has an HD package? 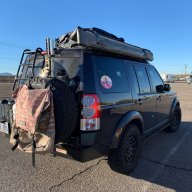 It typically has a full size spare
D

Paul M said:
It typically has a full size spare
Click to expand...

Thanks but was it visible on this truck? Or someone ran a VIN decoder to clarify?
D

P.S. That LR4 is gone. I reached out to the dealer as soon as I saw the post but someone already test-drove and subsequently purchased it today.