Most of the advice I've read here is to park on a level surface, pull the fuses, and measure. Other than the level surface, I did that, and had the following readings:


Vehicle is a 2012 HSE, with HD package, 101k miles, and my front end looks to have a problem. Is the fact I wasn't on a level surface of concern here? I'm wondering if the right front is the main culprit, and as it loses pressure the others are compressing as they take up more load. There is nothing audible, and there are no codes thrown related to the EAS. Is this a matter of taking various shields off and spraying with soapy water, in hopes of finding bubbles? Or is it likely a strut that's compromised, and I should plan to refresh them?

Do I need to go find a level spot to park the car overnight and repeat the process? Or turn around in my driveway and repeat?

I don't think it's critical that it's dead flat/level, but I defer to those with more experience.
There shouldn't be any change in height at all, I suggest that perhaps the valve blocks need to be rebuilt - new o-rings. There are 3 valve blocks, main/center, front and rear, rebuild kits are inexpensive and the task appears easy - but I have not yet needed to do this work myself.

I have literally just completed the compressor in the 2016 and I am currently in the leak check mode until tomorrow AM.
Fingers Crossed...

BUT, I can tell you that, because I was cautious with tightening the lines at re-install, I had a sizeable leak that was easily diagnosed with soapy water, but it made zero hissing sounds....

As far as a level surface goes, it may help to diagnose if it's a front/back issue or a left/right issue. Right now, it looks like the front right has an issue, but that could be because of unlevel ground and the real issue is the entire front. Your front left looks like it dropped a bit, too. If it's a front right issue, it's probably either a leak in the strut, a leak in the line going to the strut, or the front valve block.

Easiest way to start is by spraying soapy water all around the front air struts and air line going into the struts to see if you see any bubbles.

Next step would be the front valve block. Pull it out and open it up. If it's dirty, it will probably be because of some dessicant that has decomposed in the air compressor dryer and worked its way down the line. They sell rebuild kits for the valve blocks, but a lot of the seals in the one I got did not work because the size was wrong. If I knew my valve block was causing an issue, I'd just get a new one.

But if your issue is more of the entire front and not front right, issue could be your center valve block, which is right by the compressor.

EDIT: It's very important to note that pulling the valve block can be dangerous if you haven't gotten all the air out of the system. If you have an iiD tool, use it.
Last edited: Aug 2, 2022

You should pull fuses F3 (main suspension power) and F26 (compressor power). Soapy water is your best bet. Spray all 4 struts at the fittings and possibly air bags if you can get to them. Spray all 3 valve blocks all over the body and fittings. Spray the compressor at the fittings, especially at the red and blue plastic fittings on the desiccant filter.
F

I sprayed the top of the front struts today, but visibility is really poor so couldn't see if there were bubbles or not. How does one even see in there? Or is it super obvious and you get big bubbles? I guess I should test out my soap solution to make sure it will make nice bubbles.

In any case I will schedule removing the fender liners and compressor cover to expose all fittings and then have at it with the soapy water and see what's up. I ordered an o-ring kit. I just replaced the desiccant, and wouldn't be surprised if some of the old stuff has gotten in the valve blocks.

You don't need to remove any of the fender liners to check, except for the RH passenger front side for the front valve block. If you have the Gap IID Tool, you can check the live values for the valve blocks, galley pressure, and probably height sensors.
F

I'm guessing none of the live values will show once I pull the fuses. I've parked on the street where it's flatter (still an incline) and am repeating the measurements to see if it's still predominantly the passenger front.

Interestingly, the rear hardly moved, unlike the first round, possibly due to a flatter surface. The rear is within my measurement accuracy, to be honest. I'll try to get access to the front block and see if I can detect a leak there.
F

I pulled the fender liner, what a pain, so much debris, and a surprise: 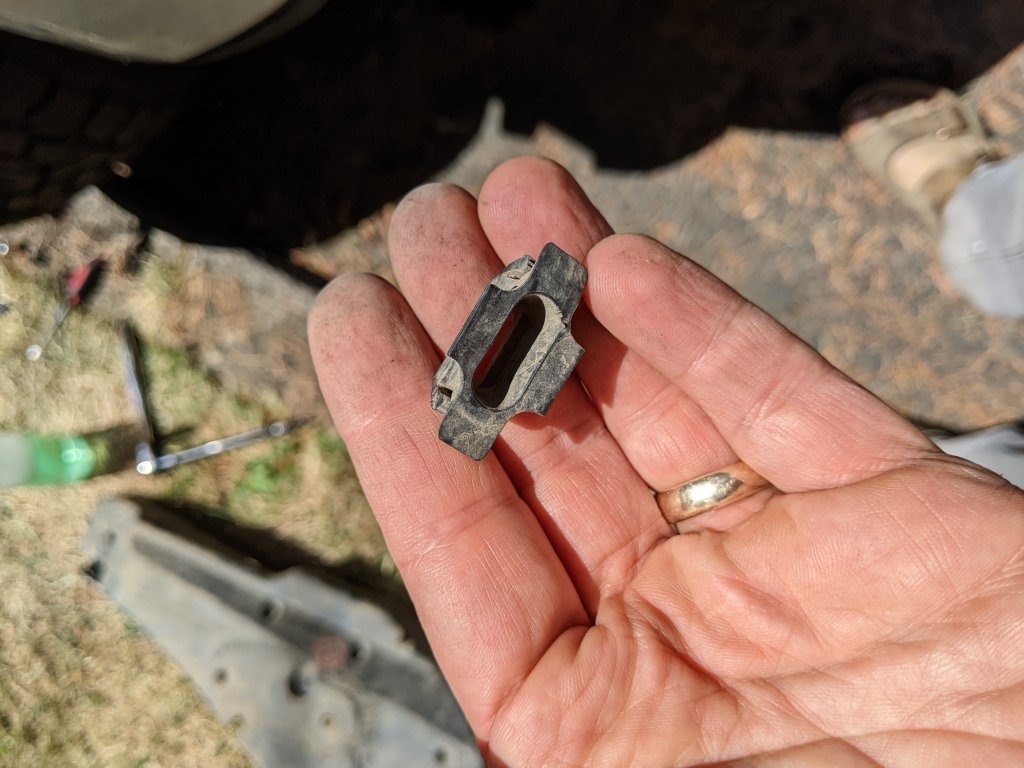 I hunted around a bit looking for where that might go and the remembered that the bottom left of the grille didn't really clip in. Sure enough, that's where it came from: 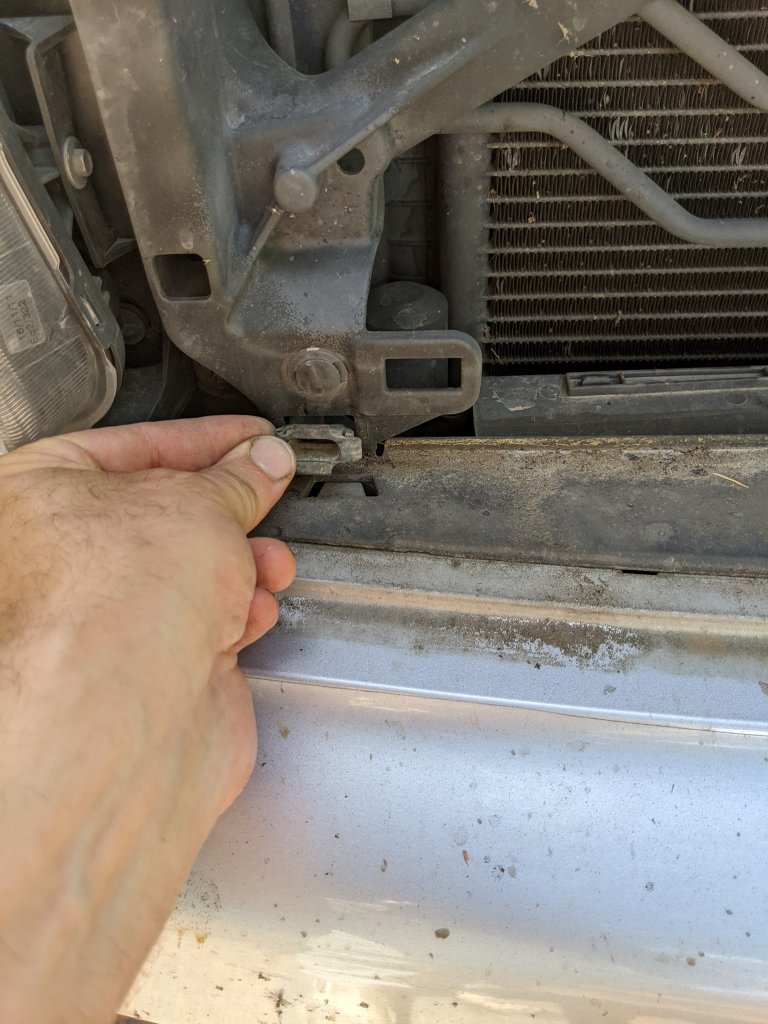 Sprayed the front valve block down with my soap solution, and lo and behold, bubbles! Interestingly, for the line going to the driver's side strut, not passenger side.

Decided to peek at the center valve block, but saw no bubbles. Different story for the compressor though: 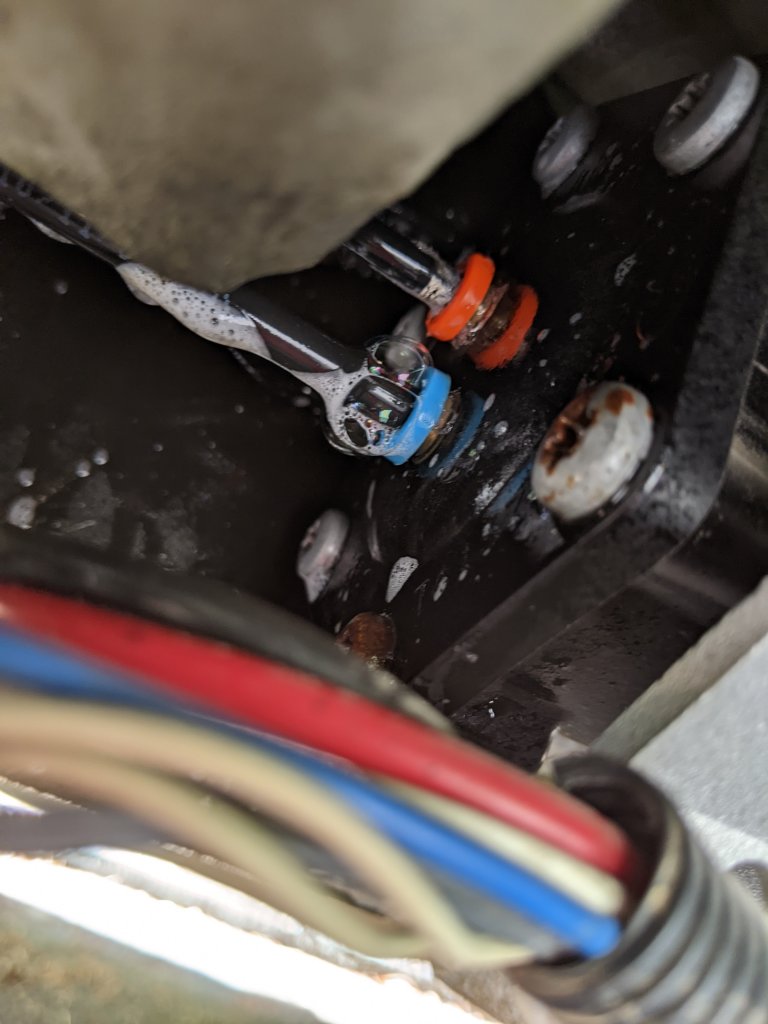 My O-ring kit came in too: 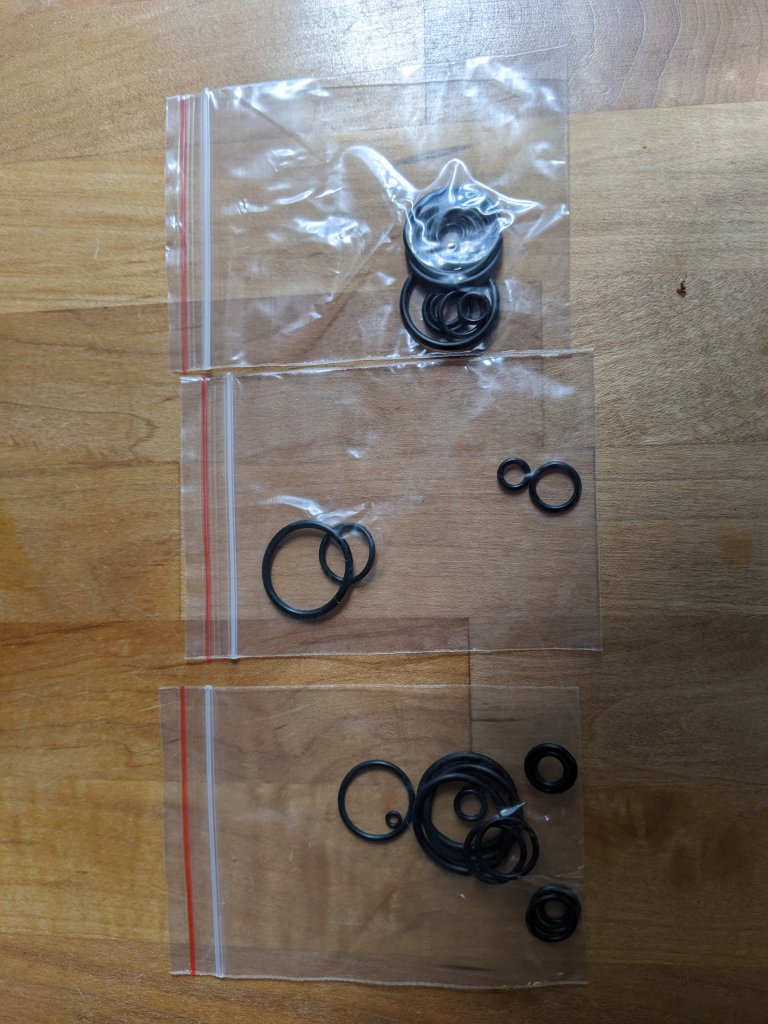 I'll find out if they fit soon enough.
Last edited: Aug 4, 2022
You must log in or register to reply here.