Suspension Problem, I haven't one! LR3

Here's my problem: I had my 2006 LR3 lose about 1 inch overnight, hit bumpstops in about 3 days of no use. I put it in off road height and removed the suspension fuse. It went down to bumpstop height in about 3 days of no use, but just the front. The back remained up. No brainer I thought, it must be the front relief block valve (you know what I mean). So got a new one at EBAY... now it goes down in about 8 hours,just the front again, rather than 3 days. I can't put back the old one because I took it apart to change the O rings and it got damaged. I am thinking the part I got from EBAY must be a cheap dud, but I would have to fork out $200 for a genuine one. So before I do that anybody think of something else that could be making just the front end go down? Wouldn't the middle valve block make the rear go down too if that was leaking also?
Last edited: Mar 17, 2022 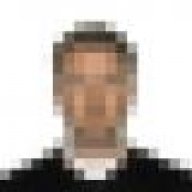 most likely - depending HOW cheap your eBay special was - you got a dud.
what is the seller's return policy?

What is damaged on your original? More than just o-rings I assume?

I would trust a used/junkyard valve block over unknown brands, then refresh with a new o-ring kit.
might save you some $ over new.
You must log in or register to reply here.