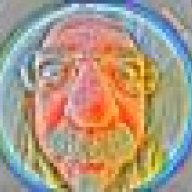 I've had my Disco II for almost 10 years now. I've put 75,000 miles on it. Now at 180,000+-. During all that time the engine always felt hot no matter what I did. New thermostat, fresh fluids etc.etc. I finally got around to having a full system flush done by a radiator shop. They put in the orange DEX and distilled water. I added Water Wetter and swapped the stock thermostat out for a 180 degree thermostat. My running temps at 35mph have dropped from avg 212 in motion to as high as 220 at stop light. They are now 195-199 running at city or highway speed and 203 at stop light idle. See pics of screen shots I took from the Torque app and OBDII reader on my Disco. Note speeds, rpm's and temp. Now when I pull into the garage it doesn't turn it into a furnace and you can touch the hood without calling out "Damn that's hot!" Truck now runs much smoother and with a little more pep.

I am very happy this worked for me. It might work for ya'll too.

A smart move installing a 180 stat vs the higher factory stat. BTW it's a Federal and a No No to install a lower temp stat, a EPA enviromental or **** regulation thing.
Best part there is no increase or difference in tailpipe emissions readings.

The thing you must check first before installing any stat is to check it's opening temp in a pan of cold water slowly heating it as their opening temps are all over the place in temps. Tested new stats having just starting to open at 5-6*F temp variations even with a so called 180* stat. Fully open into the 195* to 197* temp zone.
Second item under the throttle a chunk of aluminum with a passage loop to heat the intake air before entering the plenum which will be uncomfortable to touch within a minute after startup, this the first and hottest item on the engine at warmup that also subjects the incoming intake air to be excessivly hot not what you want for power as well closer to detonation issues.
Then there's that tiny POS intake snorkel sucking hot underhood air mounted to the filter airbox.
More uneccessary heat caused by the engine running too lean to satisfy Federal US requirements with another addition meeting **** Kalifornia emissions another added and nasty sin to any engine.
One last nasty item is the super quiet also restrive exhaust system starting at the cast iron exhaust manifolds, Cats and that big azz resonator and muffler. Having silent exhaust has its drawbacks called backpressure being restrictive, heavy and an item that likes to rust out rather quickly along with expensive.
Not knowing your D2 year and what they installed with injectors I do know the 80's era single dribble Lucas suck along with the 2.5 BAR fuel pressure regulator in the D1's.
Regulator new out of the box gom into bypass hovering near the minimum psi numbers with a weak dribbing spray vs installing a 3.0 BAR regulator. This off around a 87-89 325is BMW's a direct install item having higher injecttor pressure along with finer spray pattern with Bosch 4-hole injectors. Large single squirt (dribble) vs four smaller spray pattern having smaller fuel particles also better atomization and burn.

LR radiators suck, had a thicker custom one built a week after ownership back in 1-2000 on the 95 D1 with 5-speed along with 4.6 factory new shortblock. Piper cam, double roller cam chain with steel crank and cam sprocket. Lifter preload corrected.
Port matched plus porting the heads while waiting for 4.6 to arrive along with porting the intake and exhaust manifolds. Assembled with Magnaflow Cats, Borla Cat back stainless exhaust.
Mark Adams "Tornado" chip. With 3.54 diff. 255/65x16 tyres (same diamter as 235/70 x 16 factory), I run almost touching 14 in/vac manifold vacuum at 70 mph vs your 10.5 in/vac. I find as rather low. This being an automatic?
I installed a aluminum plug with a 0.053" hole in it as a restictor cutting the heat to the throttle plate assembly allowing 78* to 82* max inlet air charge temp to the engine.
Also removed the inlet snorkel to the airbox and installed a 3" ID offset rubber tube from airbox to behind the left headlight sticking forward app 1/2" beyond the radiator support.
True ram cold air intake system behing the solid section of the grill hence no water entering the intake driving in the rain.
Air behind the grill and before the AC condenser must make a 90 degree left turn to the intake duct. Ram air vs snorkel you can feel the power difference.
Having a distributor vs coil packs and computer allowing altering initial advance as well the advance curver, how much, when as well total advance. A fully tuned engine that also passed Kalifornia smog with ease, just reinstall snorkel, reposition TPS to factory position.
Two minutes back to tuned better running again.
OB1 for several reasons, able to tune along with 5-speed. I did mill out a 1 1/2" aluminum plate raising the ram tube base, max Tq. went from 3,100 rpm's to 2,715 rpm's (engine specs sent to a NASCAR computer program) along with 1/4" aluminum plate raising the plenum cover allowing straighter as well better airflow to the end trumpets.
Cleaned, flushed and electrionic timed from idle to 8.500 rpm's simulated duty cycle and pulse ending up with a set of eight injectors flowing within 3/4% each other a matched set. Upgraded to stiffer springs and anti-roll bars, I like to go around turns and not on the roof.
The 4.6 has never been happier along with owner made into a fun 95 D1 to drive, a keeper 21 years and counting.....~~=o&o>.......
Last edited: Nov 7, 2021
You must log in or register to reply here.
Share:
Facebook Twitter Reddit Pinterest Tumblr WhatsApp Email Share Link