I called the shop and they said that they only have one pipe per repair bay for exhaust. They put a rag in cars with two exhaust pipes. They didn't have much to say about the proposed 10k Head Gasket diagnosis though. 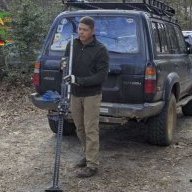 It is probably fine, but all I can think of was this! 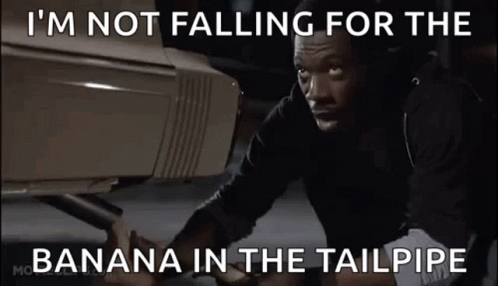 quirozson said:
No signs of head gasket failure. The shop stated they observed bubbles they attributed to head gasket failure and that the engine started to overheat at idle. None of these symptoms have been reproducible. I drove the car around then all day in hot stop and go traffic. It's driving fine. Even did a coolant hydro carbon test that came up negative.
Click to expand...

Looks like you dodged a big bullet there. I found that you can get the majority of the air pockets out by removing the bleed screw next to the battery, removing the overflow connector near the throttle body, and the coolant reservoir cap. The coolant will automatically level itself to a certain extent. You'll have a smaller air pocket, but just fill the reservoir to the top and check on it after a day of normal driving.

Here's a pic of the overflow connector on my 5.0 V8. Don't mind the sciracha bottle . 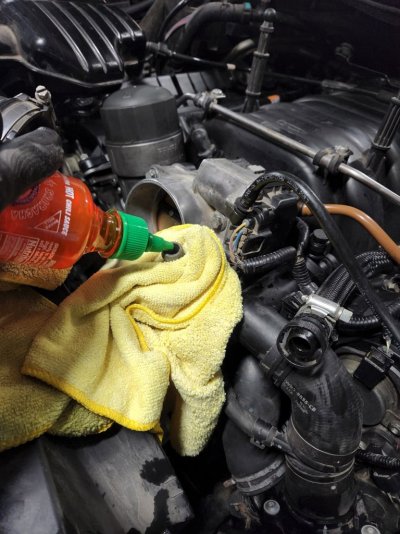 Out of curiosity, @quirozson, at what mileage did the pipe go ?
Q

hickersb said:
Out of curiosity, @quirozson, at what mileage did the pipe go ?
Click to expand...