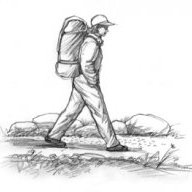 I just had this repair done at my local indy on my 2011 LR4. My VIN doesn't fall in the range given in the recall announcement, but Land Rover said they'll cover the cost of parts and labor. I don't know if there will be a redesigned piece but my Indy sourced a flange from a nearby Land Rover dealership.

Story: I was in at about mile 500 of a 1000 mile road trip to Olympic National Park when I pulled into a dispersed campsite and smelled fuel. I had just filled up at a gas station some miles back, so I figured maybe it was a bit of overspill or drip on the tire or something. Again smelled fuel the next morning when standing outside the vehicle, but saw no signs of dampness or drips anywhere. Same story for the next couple of days until I made it home and finally spotted some dampness on the underside of the fuel tank skid plate (which I had dented, so I thought maybe that was going to be the cause, but thankfully I was wrong). Then overnight in my driveway, it left a few drips of gasoline on the pavement. Brought it to the mechanic after that and the rest is history.

It was $295 for the labor to remove/replace the fuel tank and for the inspection. The mechanic recommended we replace the fuel pump assembly (it was leaking, he showed me) as well as the flange (had a visible crack in it). $200 more labor there. Here's the full breakdown.

I actually had the vehicle scheduled for 100K maintenance at this time too so a number of other things were done, but I think I've parsed out all of the correct items related to the recall.
Last edited: Oct 1, 2021 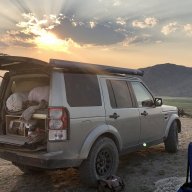 I tried looking up the part number to no avail. Is it part of the fuel pump assembly? It seems to me it may be wise to have them go ahead and replace the entire fuel pump while they have all the labor done? But I admit that I’m not 100% sure which part it is exactly.
C

I kept smelling fuel when getting out after driving and decided to take it in, the shop told me this was a common issue (3 years ago or so). This is what they did:

CaliLee said:
I kept smelling fuel when getting out after driving and decided to take it in, the shop told me this was a common issue (3 years ago or so). This is what they did:

Thanks for the info. 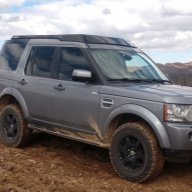 I checked with my dealer in Denver a couple weeks ago and they said to wait until I receive a letter telling me they're ready to do the repair. They had no idea when that would be.
You must log in or register to reply here.

Recall Over Potential Fuel Leak for Some Models