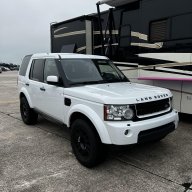 Hey everyone, new LR4 owner here, happy to join to community. I recently picked up this very clean 2013 with only 41K miles for a great deal. I love the 2013's V8 but was at first a little disappointed I just missed out on the "facelift" of 2014+. Shortly after I realized that the only thing I really liked about the facelift was the accent color of the inlet. The square/boxiness of mine really started to grow on me so I thought I'd give a shot at painting it myself. 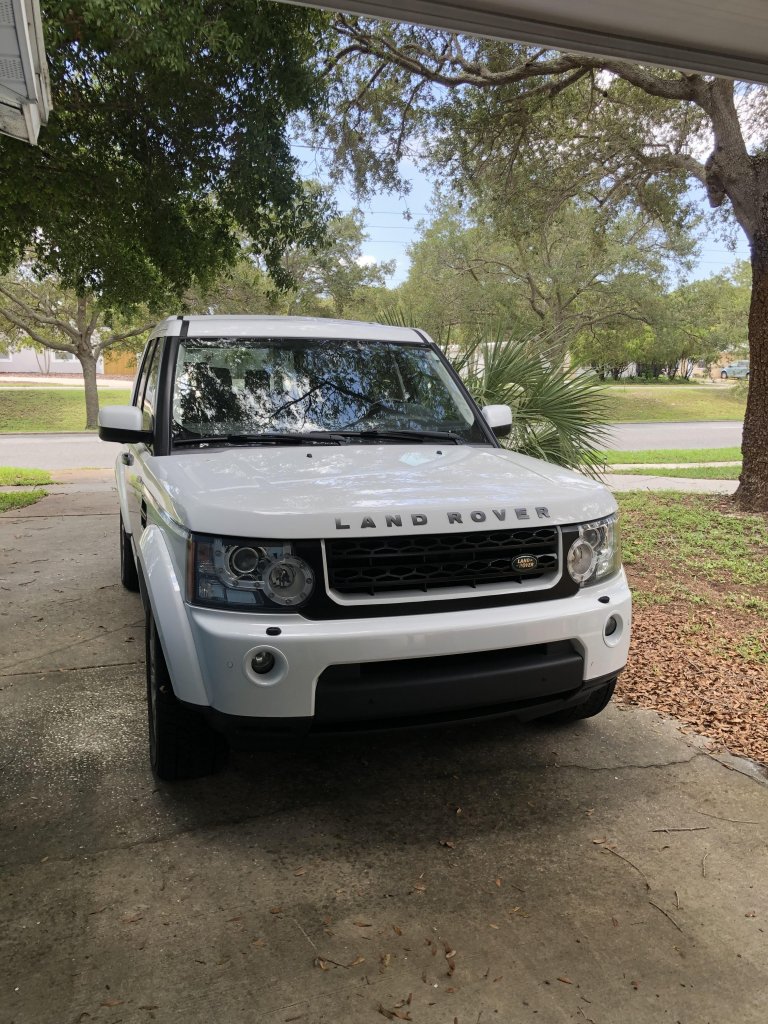 I think it came out as well as it could have for a rattle can job. If I did it again I would probably mask it a little further to make the white less pronounced. I might take to a professional to be redone that way. What do you guys think? 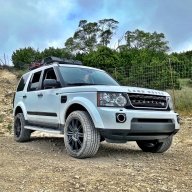 Looks great for a DIY job. Also Powerful UK makes a facelift style grill and fog light bezels, I ending up getting those and keeping my original headlights (2012)

I like it, especially the depth of the white. Makes the grill look more defined. I’d pick this over the std grill especially in white.
You must log in or register to reply here.

Buying an LR4 from a Buick dealer?? Please help
2