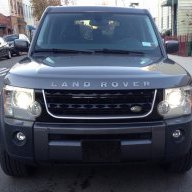 nice system!
I like the spot where the original GPS goes on the LR3 its easier to look at the road and look back at the gps that way. Do the steering radio buttons function with your new system? 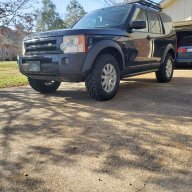 You must be registered for see images attach
Thanks, I thought about adding a factory Nav but still wouldn't have satellite, etc. and I like that cubby to store stuff in. I used the Nav for the first time Sunday and really didn't have a problem because 95% of it is verbal directions. The steering wheel functions are Mode: toggle between Sirius, USB, Radio, and Aux. Up and down change the volume, fast forward changes the station in Sirius and track in USB playing music files. I'm hoping someone can help with the output impedance for the rear speakers so I can get full audio in the rear.

Also above is a pic of the face plate I bought to add the double DIN radio if anyone is interested.
Last edited: Dec 21, 2016

After just re-reading this I thought I would mention that replacing the clock spring did fix the intermittent steering wheel control issues as well as intermittent cruise control operation. All is good. I still don't have the rear speakers working but seeing this is 4 years later I guess they really don't matter.

bonz, Someone wrote up how to fix the aux volume on DISCO3.UK, and I followed the directions and it worked flawless. You will have to pull the console apart to get to the aux jack in the back, then you "unbridge" a connection on that little board, but using some small wire snips and then you get all the volume that comes out of the aux jack (35) whatever that means.
There is a whole writeup step by step on cutting the grounding bridge in the aux socket pcb board in the back of the console but I couldn't find it just now but I know its there somewhere cause I followed the instructions and got 100% sound from the jack. While I was at it I added a couple aux jacks up front using the other stuff in this thread. 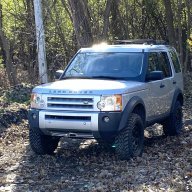 I've been wanting to replace the Land Rover nav screen with a CarPlay stereo and was wondering if its possible to connect an aftermarket stereo through the iPod cable already coming out of the dash? Or replace that cable with something that goes from an output of the double din CarPlay radio into the same aux port in the back of the stock stereo that the iPod cord uses... 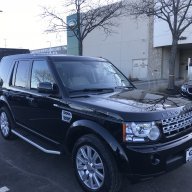 You might want to check out my LR4 hack. No android or Apple auto for me. Simple iPad and some magnets.
https://www.landroverworld.org/threads/working-on-an-“infotainment”-upgrade.41578/

TheWidup said:
You might want to check out my LR4 hack. No android or Apple auto for me. Simple iPad and some magnets.
https://www.landroverworld.org/threads/working-on-an-“infotainment”-upgrade.41578/
Click to expand...

Thats a great idea! I already have the original iPod connector with a bluetooth receiver. Having a cellular iPad sounds like the easiest solution without having to hack up any of the factory radio/nav. Thanks!
C

@bonz, on the BT transmitter, There is a company in Florida that makes a BT unit that goes in the panel at the rear of the console. Think it was $160. It also has a aux port built in and is an exact replacement for that panel. the unit uses the factory plug at that panel to power the BT and mine works spectacularly.
Be careful when putting it in, follow directions and not horse it like I did. Broke a tab. I also ran a aux plug to my satellite radio, which is a little rectangle dash mount.
On google lookup LRBT-1
Here's the link: for British American Concepts
https://britishamericanconcepts.com/product/lrbt-1/
Get the external mic from Amazon

The only issue I had was that when you plug in the aux cord, BT gets grounded out. But I hacked it by soldering wires that by passed this and now I can leave my little satellite plugged in and get calls on BT in stereo.
Should have taken pictures but that would have been evidence and voided the warranty. Opps guess the cat is out of the bag now.
Love mine, GPS from phone over BT, while listening to the sat plugged in had to be done. One day I have to fix the vents on that panel when I do I will take pictures of the ground wires that cause BT to ground out when aux plug used to bypass this feature.

Here's the install video:
xc_hide_links_from_guests_guests_error_hide_media
Seems pricey until I reckoned I had spent $30/ea on other solutions and canned all threee cause they sucked, then found this. 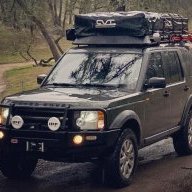 [emoji1312][emoji1312]This is what I use now. I don’t use SAT radio because I have my phone to stream or use offline, and I have built in SAT radio anyway.

The LRBT-1 is a tad quirky though, you may need to turn the key to position II for 4 seconds before starting the car, or you may not be able to connect, even after you’ve paired it. A minor inconvenience though compared to the returns of have integrated audio.

Just need to connect to the MOST somehow and it would be perfect.