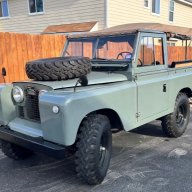 Drilling holes and zip ties are the answer to everything. 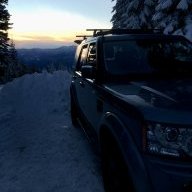 Checking the fit of the new shroud pieces before securing everything… I’m concerned that the passenger side of the lower shroud has only 1/8 inch clearance from the fan. Does this look right? The drivers side has more like 1.5 inches clearance.

Feel crazy saying this… but looking more closely I swear the engine is shifted over about 1/2 inch toward the passenger side. Granted I am grasping for an explanation of why the shroud and fan don’t seem to
be aligned…

Is there a way to check engine mounts and ensure all is ok? Don’t these clearances on passenger side of engine compartment seem smaller than normal?

And triple check you’ve installed the shroud correctly. I’m sure on mine the clearance between the fan blades and the brush part is less than 1/2”

I’m looking up engine mount inspection in the service manual and will check it out to satisfy my curiosity. Peering down in the left/drivers side of the engine compartment, isn’t this where an engine mount bolt should be?

I think perhaps the mounting flange is sitting on top of the mount bolt.. seems just barely visible in this shot:

Is there a way to try to gently coax the engine back to the drivers side, if this is what I think it is?

Smoking gun… any bright ideas on how to proceed from here to get the engine seated properly on the mount?

Again, this is left/drivers side. My wife’s sudden on/off/on throttle must have jumped the engine off the mount.

Do you have the workshop manual. I’m sure there’s a procedure in there for changing them out. If you don’t pm me and I’ll get you sorted.

Update - Both left and right engine mounts were missing their securing nuts. Who knows how long the engine has been just floating on the mounts waiting for an incident like this throttle on/off/on event to rock the engine off the mounting stud. Perhaps the shop that lifted the engine out a couple years ago failed to torque them properly? In any case, not confidence inspiring... I'm going to go ahead and replace both mounts and use fresh hardware. Parts are on order. A little daunted by the exhaust/cat disassembly required, but we'll cross that bridge when the new parts arrive.

In the meantime, I lifted up the engine up off the engine mount stud and was able to reposition it so that it lined up properly with with mounting bracket attached to the engine. I secured the engine on both sides with temporary M12 flange nuts and some blue thread locker. Fan now lines up perfectly with the new shroud.

On first fire up after putting everything back together, there's no CEL but my GAP tool is showing two codes:

Also, while I had the sump guard / skid plate off I checked the various drain plugs... found the front diff drain plug to be loose to the touch! Disaster averted. Torqued up now and awaiting the proper fluid for a drain + fill.
You must log in or register to reply here.
Share:
Facebook Twitter Reddit Pinterest Tumblr WhatsApp Email Share Link