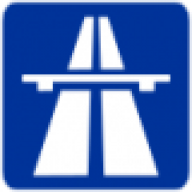 Does anyone on here have the part number for 2016 LR4 Landmark E-Code Spec Headlights (LHD)? I am looking for a set and there are many different options. I would like to narrow it down without having to take a gamble on purchasing multiple sets. Thanks. 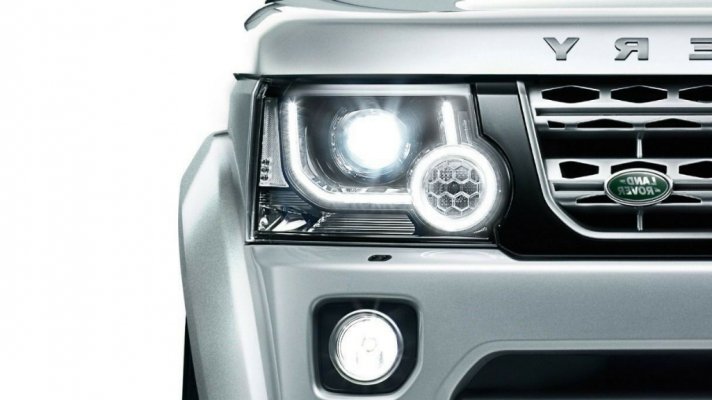 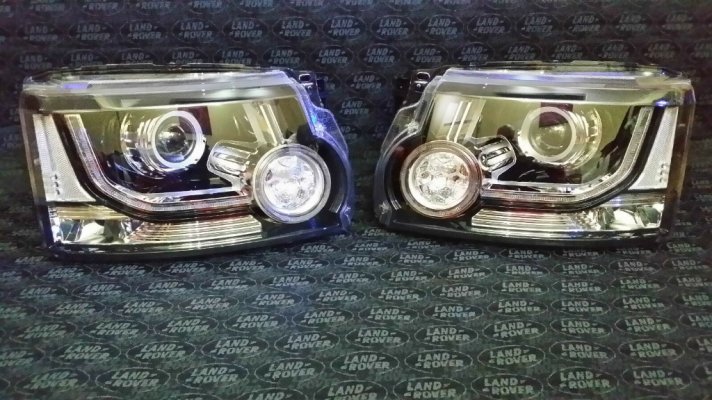 Nice. Where did you find them and for how much?

Euro eBay. Prices varied but I went with the best feedback and new ones. 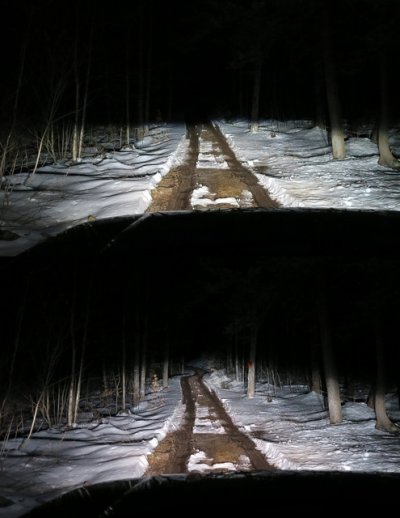 Nice photo! Is that low beam vs high beam?

So, to hijack @iconoclast 's thread a little, I just want to thank him for the idea of sourcing e-code headlights. For those curious, he gave the part numbers for the non-adaptive e-code headlights in this post here: https://www.landroverworld.org/thre...an-lr4-with-halogens.30832/page-3#post-191477

I got too close with a power washer on my 2012's front grille last summer and delaminated some of the clearcoat off of the plastic. Of course, I can't do anything without researching myself to death and spending too much money, so, rather than ordering the same '13-or-older grille that I had (or even just spraying some new clearcoat on the one I had), I ordered a grille for a '14-to-newer LR4 and got some new e-code '14-to-newer headlights to match.

As this video demonstrates, if you have both the grille and the headlights, it can fit:


You just have a little gap underneath them if you do not also replace your bumper with a '14-or-later bumper. I have no interest in doing that, so I also ordered the little gap filler piece that Powerful UK sells.

My LR4 is black and I ordered an all-black grille, so I can't really even notice the gap underneath it. I'll probably still install that filler piece, but only because I have it.

As you stated, @iconoclast, the beam pattern on the e-code headlights is top-notch. The only issue I had (and probably because the headlight housings were new) was that I had to aim the beam pattern. As I received them, the cut-off was aimed way too high. As always, I used Daniel Stern's guide to aiming headlights: http://www.danielsternlighting.com/tech/aim/aim.html

I believe this culminates my headlight journey in my LR4, both because this is the best it's been and because there's no place else to go.

For anyone who wants to follow along, I started with just halogens in my LR4.

From there, I went to pre-facelift Xenon housings with new Xenon bulbs (almost 2.5 years ago): https://www.landroverworld.org/posts/184304/

And now the e-code headlights.

As far as a comparison between the NAS pre-facelift xenons and the e-code post-facelift xenons, I think the latter is noticeably better on the low-beam pattern. The former seems better on the high-beam as it uses a separate light for the high-beam while keeping the low-beam light on. But I only use my high-beams when driving out in the country (which I did this weekend), and the difference isn't so great that I'd base a decision on it.