The alignment being off should not result in suspension faults, just in abnormal handling and tire wear and knock-on effects (fuel economy).
J

my alignment is off post control arm install. also I have noticed some hard shifts that were not there before. The bottom of my front bash guard is full of some sort of fluid. The oil according to the truck is perfect level. Now I am wondering if a transmission line got hit. Either that or he used multiple cans of penetrating oil to loosen up the old ones. Something is not right for sure.
J

not sure if all these pertain to the same issue or if some of them were stored. Like I said at the beginning this truck did not have any codes and I thought that I may have had found the first lr4 without issues lol. 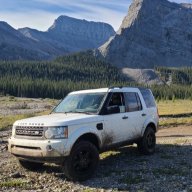 After replacing the LCA's you need to do an alignment. I had the same issue immediately after replacing my LCA's and the alignment fixed it up. Although it should be mentioned that the only fault I had was a suspension fault (dash lit up) but not all the other stuff you have. Could be the code reader he was using, not sure on that though. Either way, get an alignment, then go from there. If all those other faults were not there before replacing the LCA's then I would bet there is an issue with his scanner. Invest in a gap iid tool when you can. It's essential with these rigs.
Last edited: Sep 25, 2022
J

joe77 is the alignment on these things pretty straight forward? I am asking because like I said I am some distance from a lr dealership or anyone that actually works on one. Of note the Suspension fault was the first thing to pop up on the dash. I will mention this to him tomorrow when it goes back in.
thanks for the info though.

Yes it is pretty straight forward but should be done by someone familiar with LR's from my understanding. There are eccentric bolts that fasten the lower control arms (LCA's) and they are one of the components adjusted when doing an alignment. Even if your mechanic marked the old ones and installed the new ones similarly, you may still get a suspension fault (as I did). Where are you located? 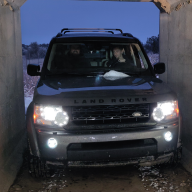 As far as alignments, they're pretty standard with the exception that most shops (that work on Land Rovers) will put the vehicles air suspension into alignment mode (higher tolerances to get a better alignment)

I took my rover to a specialty shop for my alignment, since they're used to working on these.

I'm sure you can get it close without going into alignment mode, and hopefully get rid of your problem.
K

ftillier said:
The alignment being off should not result in suspension faults, just in abnormal handling and tire wear and knock-on effects (fuel economy).
Click to expand...

You sure about that? Steering angle sensor could trigger a bunch of stuff.

edit: just read the fault list. My money is the alignment is out enough for steering angle to mess things up.

Also have only the front lower control arms been replaced? Anything on the rear touched?
F

ktm525 said:
You sure about that? Steering angle sensor could trigger a bunch of stuff.

edit: just read the fault list. My money is the alignment is out enough for steering angle to mess things up.
Click to expand...

I am not sure, no, I guess it depends on whether the shop even tried to get it close, which I'd hope they'd do, but perhaps the system is more sensitive than I anticipate. I'm just wondering what happens if you smack something in the back country that throws your alignment off and the thing drops you to bump stops while you're trying to get back to civilization. I was guessing/hoping that the system would be more resilient, but perhaps not.
You must log in or register to reply here.